We feel incredibly privileged and proud that we’re able to celebrate the exceptional women at Estia Health, including our residents, who have amazing life stories to share.

Background and early life
Joan was born to Chrissy and Ralf at the Subiaco Maternity Wing of the RPH (Perth, Western Australia) on the 24th July 1925.

Chrissy and Ralf emigrated to Australia from England (via South Africa) in 1922. Both of Joan’s parents served on the front line of the Great War (WW1) in 1918, Chrissy as a nurse and Ralf in the British Army.

They moved to Australia and to W.A. looking for a better life. They came as part of a ‘Settlement’ scheme in which ex-service people were offered a block of land to develop – similar to the “Soldier Settlement Scheme” after WW2 in South Australia and Victoria.

They took up a 68-acre block near the township of Pemberton in the South-West of W.A. ... Big Tree Country ... Karri and Jarra, bush and scrub. The local community helped each other to clear the blocks and to build houses/home, to build school buildings, the town hall, and the swimming hole/pool in the ‘Big Brooke’ river.

Family life
Joan’s father and mother – with the help of the kids - ran a few dairy cows, delivered milk and, grew vegetables for the town. Her schooling started in Pemberton and finished at the Boarding School in Bunbury. Joan had three younger brothers, John and the twins Peter and Tony ... John was a ‘Goodie Two Shoes’ and the twins were like all twins…, always in trouble!

In 1939 at the out-break of the Second World War, the family sold up the farm and moved to Perth. Joan’s dad, Ralf, re-enlisted in the Australian Army and was assigned to Coastal Defence, Chrissy went back to nursing as well as looking after her family, making ends--meet!
Joan, going on 15 at this time, was out earning a living working a few jobs. In a drapery shop delivering orders by bicycle, a dairy – doing the books – and at a Gold Mine in Southern Cross, W.A.

Turning 18
In 1943, as soon as she turned 18, she joined the Air Force, the WAAAFs – The Women’s Auxiliary Australian Air Force – and after doing her training in Victoria at Melbourne head-quarters and at Williamtown she was posted to Cunderdin back in W.A, about 100 miles east of Perth. She joined the Air Force to ‘upset’ her father who wanted her to join the Army with him ... but she liked the royal blue uniform of the air force better!

Joan was a ‘Cipher Clerk’ in the Air Force. Coding and transmitting the ‘top-secret’ messages to the Bomber crews and to headquarters. It was at Cunderdin that she met up with her future husband – a flight engineer on the big bombers. Allan had been in Darwin with 13 Squadron when the Japanese bombed Darwin and declared war on America and Australia and the Allies in 1942.

Married life and children
In May 1945 Joan and Allan were married, with many of Allan’s flying crew at the wedding, in uniform, and suppling - their issues of beer and cigarettes for the celebrations! Not long after being married the couple welcomed their first son who was to become the first of eight boys! Many of the boys continued their parents commitment to the Australian armed forces with careers as a pilot, engineer and a driver and two sons as a teacher and economist. They’ve all led fascinating lives, as well as blessing Joan and Allan with grandchildren.

Later in life
With all the boys out of home and living their own lives, Joan took-up painting and writing, going back to school and to U3A ... as well as looking after her garden and Allan. They went caravanning all over Australia ... while also travelling across the world for special family occasions including Singapore, Mt Gambier and Hong Kong.

Joan’s daughter said of Joan and her approach to life, ‘she has always been fair to all. One who doesn’t complain – who gets on with it ... give her a task and she’ll get it done! One who has gone her own way and hasn’t looked for permission or approval. Ask her for a story and she’ll tell you one!'

Thank you for sharing your story Joan, you’re an inspiration! 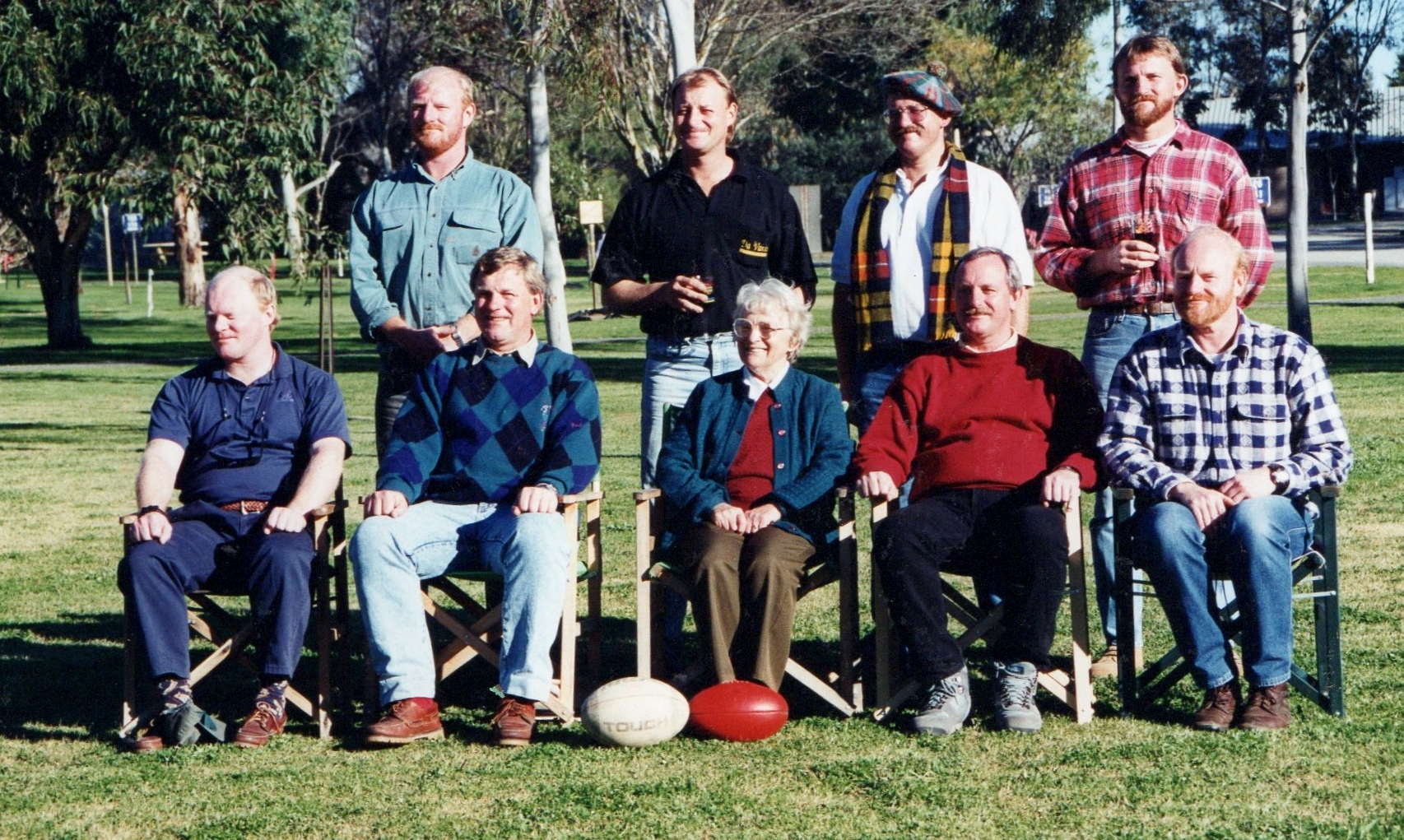