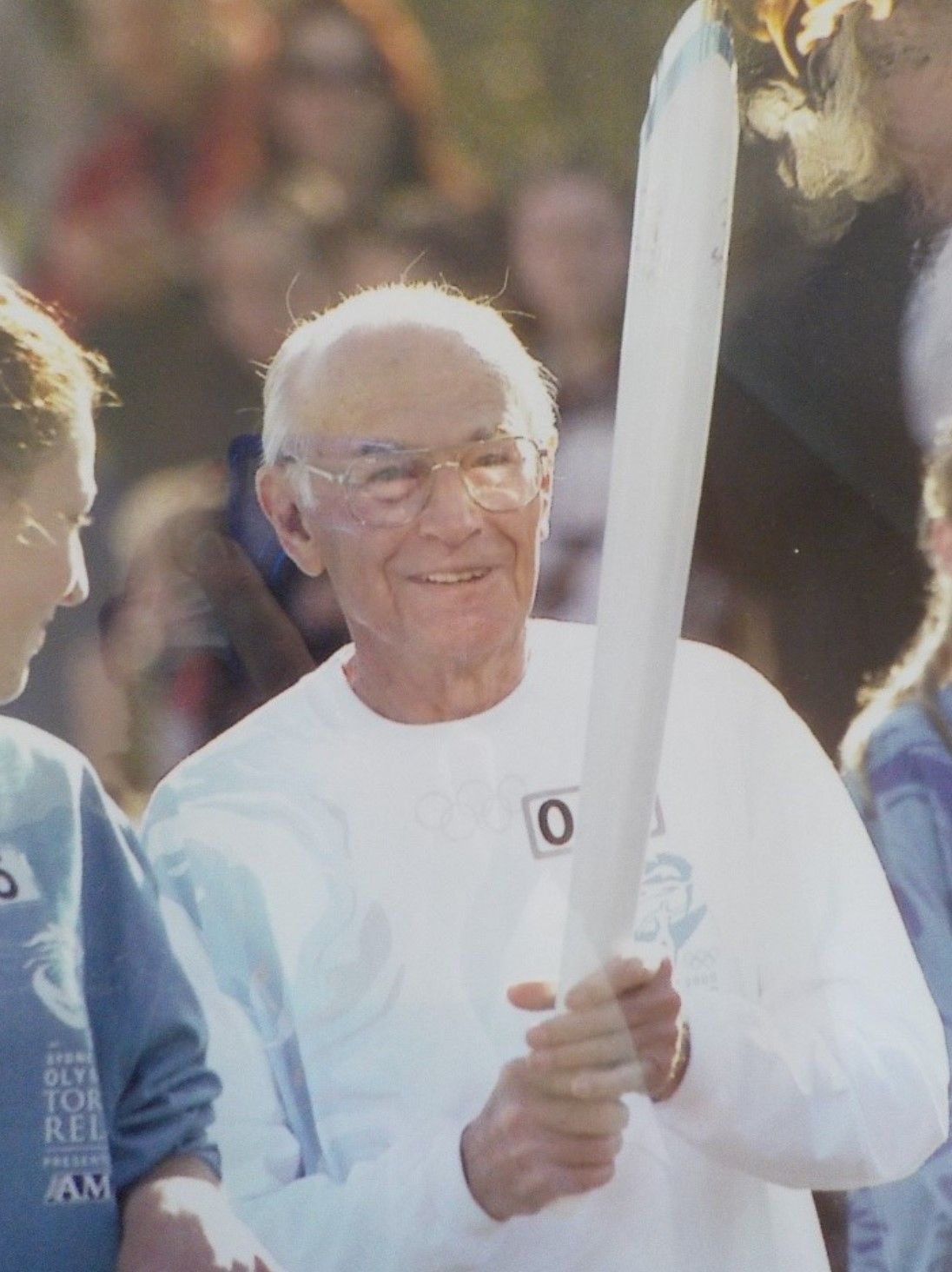 Edward Pawson, who prefers to be called Gordon, has been a resident at Estia Health Flagstaff Hill since 2013. As a much-loved member of the home, the team are very proud of Gordon and his amazing life, which includes his dedication to Australia’s sporting success in archery.

Born in England in 1920, Gordon moved to Australia with his family in 1922. As a young man, he joined the Australian Air Force in 1939 and worked in the Force until 1948 as an electrical fitter.

He was in Darwin when the Battle of Darwin took place and recalls how terrifying it was. Gordon found his real passion in the sport of archery and over a period spanning some 53 years, his contributions to the development of the sport in Australia have been profound.

Using archery as an activity, he supported the Camp Quality Adelaide organisation for children with cancer, since 1985. For his work with theses bodies, he was awarded the O.A.M in 2000 and in the same year ran with the Olympic Torch (at the age of 80) for his contribution to archery, as well as service towards Camp Quality.

Gordon’s involvement in the Olympics also included choosing representatives for Australia as he knew many athletes since they were boys when he was coaching them at the Adelaide Archery Club. Gordon “retired” from shooting in 2013, at the age of 92.

From his years in the sport, Gordon has many friends, who visit him at Estia Health Flagstaff Hill. With the 2020 Tokyo Olympics now in full swing, Gordon’s been watching on the TV with his Bluetooth headphones to make sure he can hear all the action, proud of the Australian Olympians and their achievements.